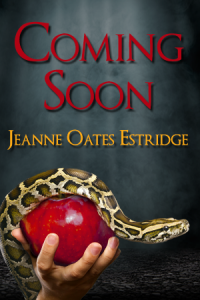 My overarching goal is to release three books next fall (September/October/November, and  then a boxed set of the three in December), but there are numerous milestones along the way to let me know if I have a prayer of hitting that target.

I accomplished the following in October:

Okay, so that sounds like I'm taking credit for their work, but I'm the one that kept testing the site and prodding them to fix/make changes until we got it the way I wanted it. I also chose the font and the starting point for most of the graphics.

I'll be releasing it into the wild on Tuesday, October 31. (If you look before that, you'll see the crappy one I did as a student project back in 2013.)

I really like what they came up with. I hope you do, too.

3) I completed the revisions to The Demon Always Wins.

4) I completed the first hundred pages of the second draft of The Demon's in the Details.

5) I nailed down the concept for the covers. (See above.) The books are about temptation and trial, and I think the apple and snake convey that perfectly.

6) I also managed to fit in an online Dialogue class offered by From the Heart Romance Writers, an online chapter I belong to, and taught by award-winning author Linnea Sinclair. Fun class, and I learned some new tricks.

Next month will be more challenging. The next hundred pages of The Demon's in the Details are a lot messier than the first hundred were. Many of them do not yet exist, so I won't be just rearranging furniture. I'll be building it, which takes a lot longer.

Also, November lands us squarely in the holiday season, which means my time is going to be split between writing and buying gifts for my six kids and twelve grandkids.

Consequently, next month's goal is limited to one thing: complete another 125 pages in The Demon's in the Details.

Posted by Jeanne Estridge at 8:36 AM