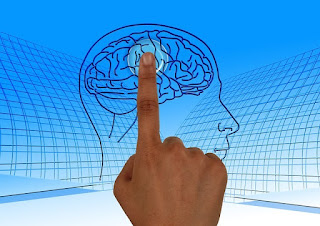 For the past couple of weeks, I've had a bad case of book brain.

For those of you who are unfamiliar with this term, it refers to the severe absent-mindedness associated with being deep into writing a novel.

The reason for this is that humans are capable of holding five to nine (or about seven) pieces of information in their brain at the same time. If you use five of these slots to track what's happening in your book, that doesn't leave much for real life.

Under the effects of book brain, I have:

And it can be even worse. This didn't happen to me, personally, but I know a writer who rear-ended someone and wound up in traffic court.

On the plus side, under the effects of book brains, I have:
Have you ever had book brain? If so, what's the worst and best thing to come out of it for you?
Posted by Jeanne Estridge at 10:03 AM