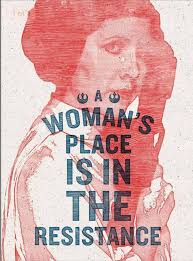 Over the years, as other Boomers inexorably moved to the right, determined to hang onto all the toys they've amassed over the years (bad news, kids, they won't fit in the box when it's time to leave), my political views haven't changed.

Despite that lifelong lean to the left, I've never joined a protest before. I was a speck young for Vietnam--it ended before any of my classmates could be drafted. Now, with the Trump Administration holding majorities in the House and the Senate and likely appointing the next two or three Supreme Court justices, it felt like it was time to stand up for my beliefs.

Here are a few impressions from the March:

1) Standing in a crowd of 1.2MM people (estimate provided by DC police) in a space planned for 220K is like getting a 5-hour vertical full body massage from strangers' knees and elbows.

2) I got to see one of my real-life heroes, Gloria Steinem, speak. The woman is 82 years old and she is as incredible and inspiring today as she ever was.

3) At some points, when it got especially claustrophobic, I would practice breathing and remind myself it was just for a few hours. I felt bad for the kids who were there. If it was hard for me, when my head was level with or above most of the people there, what was it like for them, who had no view of anything but people's coat buttons? Shudder.

4) The signs at the rally ranged from clever to heartfelt to scurrilous (the man can't help his tiny hands, stop picking on them). There seemed to be 6 general topics:


5) I assumed there would be vendors along the route where I could get snacks and beverages, but there were none within blocks of where the stands and the Jumbotrons were set up. So from 5 a.m. till around 4 p.m., I had no food or water. Other people brought sandwiches and drinks. That didn't actually work in their favor because the porta-potty/protestor ratio was on the order of 1:10,000--and you had to work your way through a packed mass of humanity to reach the few there were. Later, there were more along the parade route, but most of them were padlocked.

6) I love that the demonstration was so inclusive. I love that people whose agendas are not necessarily in lockstep could draw support from others with divergent interests. And I'm painfully aware that the very diversity that makes my party interesting and colorful is what makes it so hard to reliably draw Dems to the polls.

Demonstrations and protests, no matter how heartfelt or well-attended, won't take back our government. If we want some say in how this country is run (and we're perilously close to having none), we need to show up on Election Day and vote in the same numbers and with the same enthusiasm we showed Saturday.

And I'm going to do what I can to make that happen.
Posted by Jeanne Estridge at 8:20 AM