I Hate You, Sigmund Freud


Yesterday, I received a message from an old friend. He recently learned he has cancer and will be undergoing surgery on January 20th.

I sent back a message of support, saying, in part, "We've reached the point in life where the adventures we face lean less toward scary-exciting and more toward straight scary" and that my thoughts and good vibes would be with him.

I went on to share that on the day of his surgery, I will be having my own adventure. It will be the first time I've ever joined a public protest. Next weekend, I'm going to the Women's March on Washington. (With my daughter. And her wife. And their two kids. Enough said.)

I finished by saying, "I'll spare a thought for you as the Washington Monument comes into sight." 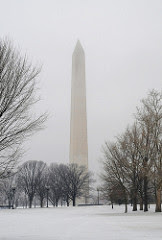 The instant after I hit the enter key, the signficance of that hit me.

I could have chosen the Lincoln Memorial. The Jefferson Monument. The Vietnam Veteran's Wall. But no, I had to go with the Washington Monument.

I came home and told Old Dog about it, who laughed until he wheezed and said, "And that's why I love you."

I live to amuse.

Posted by Jeanne Estridge at 5:48 PM