Fiction Friday: Fifty Shades of Give Me a Break 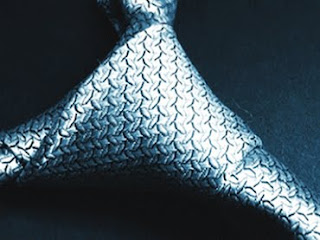 The hot topic in publishing right now is Fifty Shades of Grey.

Originally conceived as fan fiction for Twilight, it was written by an Englishwoman, E.L. James. After it became wildly popular, she changed the names of the characters (but not much--"Emmett" became "Elliott" for example) and a few other basic facts and self-published it as an e-book. With, it's estimated, hundreds of thousands of sales, the book attracted the attention of Vintage press, who are running off copies as fast as they can, before the furor dies down.

Some people are upset that this book, which could once be read for free, now costs money. That's kind of like being upset when the cable company suddenly realizes they've been giving away Showtime and starts sending a bill. I figure Ms. James did the impossibly difficult work of creating something people (okay, women) want to read, and she deserves the reward.

Other people have problems with the fact that she essentially swiped Stephenie Meyer's characters. While that may be true, the only person who has a legitimate gripe there is Meyer.

Personally, I have no issues with anything consenting adults want to do. Tie each other up, use the entire chicken (sorry, PETA), invite people over to the coop and have yourselves a party if you want to. As long as you don't wind up in the emergency room to get said chicken extracted from wherever, thereby inflating healthcare costs for everyone, I'm okay with it. I may not be right there with you, but I'm perfectly willing to let you enjoy your life, your way.

That said, I cheered at the end of Fifty Shades...when Anastasia dumped that sick bastard. And was bummed, but unsurprised, when she went right back to him at the beginning of the second book. By the end of that one, he's a changed man due to a good woman's love, and everything was all set to be hunky-dory between them.

This is where it became problematic for me.

Sending women that old bullshit line "if you love him enough, you can change him," bugs me. And wrapping that message in hot, regressive sex, so that it seems edgy and cool, instead of the throwback to Victorian times it really is, bugs me even more.

So, if it pisses everyone off (for various reasons) why is it so popular? Well, how does it stack up against our rules for great love stories?

Is the hero rich, attractive and prepared to make Ana the center of his universe?

Christian is a gorgeous billionaire entrepreneur. It's not at all clear how he manages to keep his businesses running when he spends all his waking hours thinking about how to dominate Ana.

Is the heroine in some way his opposite?

Ana is, in the words of one reviewer, the only 22-year-old virgin in America, at least till she meets Mr. Sicko. This is particularly hard to believe because she's also so beautiful guys can't leave her alone, deeply inquisitive, and the product of not one, but two broken homes. Which is not the typical background for a girl who, without any religious convictions, saves herself for Mr. Right all the way through college. She's also distinctly un-wealthy, and while the point is made over and over that she's not materialistic, I honestly can't see her taking this crap from a homeless guy, however good-looking.

Is their attraction dangerous?

This, to me, is where the books actually work. Because of Christian's predilictions, being around him puts Ana in real, physical danger. He has anger management issues, he enjoys inflicting pain, and he's not only used to having his own way, he's accustomed to using his wealth to ensure he achieves his desires. Despite Ana's weaknesses as a character, the danger quotient was pretty high.

Add to that the hook--graphic depiction of the kind of sex that most of us have never engaged in but have always had a sneaking curiosity about--and the books' popularity becomes understandable.

So, while Fifty Shades of Gray may not appeal to our better natures, it definitely appeals to our worse ones.
Posted by Jeanne Estridge at 11:48 AM