Grandma Fagin and the Artful Harper 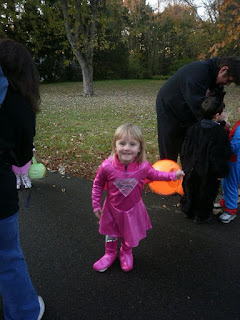 One of the greatest joys of being a grandmother is having, once again, an opportunity to teach small children useful skills.

So I was pretty tickled the last time I visited my grandkids to help them learn a little something about money.

We were at a Mexican restaurant when the kids spied a gumball machine and immediately clamored for quarters. (That's right--25 cents for a gumball--it's 2011. Suck it up.) I only had one quarter, but I did have two dimes and a nickel. I gave Phinn, who's a bit shy, the quarter. Harper's only three, but she's fearless, so I handed her the remaining change.

Pointing to the cashier, I said, "Take these over to that lady and ask her for a quarter."

Clutching the money in her left fist, Harper marched up to the register. She looked up, up, up at the young woman standing behind the register. Some children have voices like the lilting of a flute or fife. Harper's is more like an oboe. Thrusting out her empty right palm, she growled, "I need a quarter."

The cashier looked down at the little sprite frowning up from beneath her blond bob. The child's eyes didn't waver. Her hand remained upthrust in silent demand. Bemused, the cashier opened the drawer and handed her a quarter. Grabbing it, Harper wheeled and headed for the gumball machine.

Which was when I realized I'd just abetted my granddaughter in her first robbery.

Next time Grandma visits, maybe she'll teach you how to knock over a liquor store.
Posted by Jeanne Estridge at 5:03 PM