The High Cost of Regulation 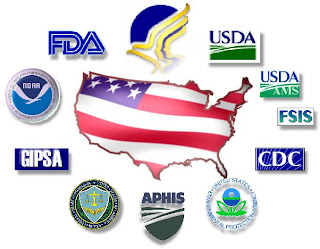 I keep hearing how the high cost of government regulation is destroying American businesses.

Only, sometimes the number I hear is HUGE ($1.75 trillion) and other times it actually seems pretty reasonable ($73 billion).

So, which is it? And why the discrepancy?

For 2008, the annual figure released by the Office of Budget and Management was $73 billion (give or take a few billion, adjusted for inflation, blah, blah, blah). Which, compared against a gross domestic product of $14.64 trillion, didn't seem too outrageous considering what it buys us: clean water, breathable air and no lead in our toothpaste.

The problem with this number is that it includes only major regulations and it excludes any regulations enacted more than 10 years previously. Which lets out the Clean Air Act of 1970 and the Clean Water Act of 1985 and means that our $73 billion is NOT buying us clean air and water and low-lead dentifrices.

Now let's talk about the other number, the big, scary one.

Which is, by anyone's accounting, a shitload of money.

But where did this number, which represents the full price of having clean water, see-thru air (unlike the kind we saw over Beijing during the Olympics) and lead-free toothpaste, come from?

In 2010, the Small Business Administration commissioned a study to come up with a complete estimate based on the regulations in place in 2008.

This is where it gets interesting.

It's kind of like your mortgage company calculating the balance of your loan by asking a bunch of people, "Hey, what do you think this guy owes?"

God knows I'm not a statistician, but that seems like an iffy methodology.

What do their reviewers think?

Don't know. Their contract that says the researchers don't have to share their raw data, only their conclusions, which means their results cannot be peer reviewed, can't be challenged, can't be substantiated.

So the next time you hear Fox News screeching about the high cost of regulation, take it with a grain of salt.

But do it quick, before the FDA starts regulating it.
Posted by Jeanne Estridge at 7:03 AM