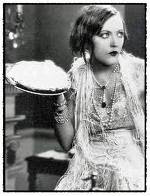 Leigh Anne Jasheway-Bryant, who is perhaps most famous for once having a mammography machine catch fire with one of her breasts clamped in it, and is the author of a dozen or more books on humor and comedy has identified 8 types of jokes:

1) Cliche -- take a cliche and use it in an outlandish way. The best example I can think of is "Coyote vs. Acme" by Paul Simms, which is a legal filing by Wile E. Coyote against the Acme Company for $17MM for selling him faulty products.

2) Comparison -- this is much like the metaphors and simile exercises we've done in the past on Fiction Friday here at the Chronicles. For humor, though, these analogies take a left turn. I once saw a list of similes constructed by teenage writers and this one stuck with me: He fell for her like his heart was a mob informant and she was the East River.

3) Definition -- Ambrose Bierce was the king of this. Example: Quotation: the act of repeating, erroneously, the words of another.

4) Exaggeration -- in "Twas the Night Before Solstice," James Finn Garner offers a politically correct version of the Clement Moore poem:

5) List of Three -- where one doesn't fit: "The butcher, the baker and the Wall Street derivatives broker."

6) Misdirection -- Where you think a story is going one way, and it hares off in a completely different direction. Old Joke #10 is a great example of this.

7) Motto -- My motto is: Anything that looks like a raisin should be kept covered, preferably in a good dark chocolate.

8) Observation -- Any of the My Little Town entries fit this category, but especially the first one.


If you want to know more about writing humor, go visit Leigh Anne!

The best Christmas present I ever got was a private lesson in humility.

Back in the late eighties, my younger sister developed breast cancer just after turning 30. This followed on the heels of a bad divorce where the ex got the house so she could keep her teacher’s retirement. After just having a breast removed, she was frail didn’t look well that Christmas. I had just bought my first camcorder and couldn’t wait to show it off and film the annual event at our parent’s house that morning. I found myself awkwardly avoiding aiming the camera at Cindy all day. I was selfishly embarrassed for myself because I had no clue how to deal with her situation. During the few precious years that followed, I learned to film her, without a thought of my own ineptness.


The best Christmas present I never got was the first year she didn’t show up.

Using one of the options listed above, construct a one or two line bit of humor.
Posted by Jeanne Estridge at 5:00 AM