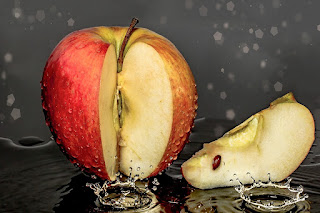 A couple of years ago, at a writing workshop, I fell into conversation with another writer.

"What's your story?" she asked me.

I started to explain that I wasn't really far enough along with the book I was working on to provide a synopsis, but she shook her head.

"Not your book. What's your story?"

She'd once heard Julia Quinn explain that every author has a core story they tell over and over with various plots and characters. Something inside them makes them revisit this theme over and over.

For Julia, it's the marriage of convenience. Most of her books are about strangers forced to make a go of a relationship not of their choosing.

Other authors love the Cinderella story. They'll tell the poor-downtrodden-girl-meets-handsome-wealthy guy story over and over. Still others are suckers for second-chance-at-love or enemies-to-lovers or fake engagements or jilted brides.

Kay Keppler, one of my friends from Eight Ladies Writing, mentioned the other day that the most common trope among among self-published authors, it's billionaires (which is the Cinderella story.) Among Harlequin romances, it's cowboys. I haven't read any Harlequin's in a long time (except for medical romances written by my chapter-mater, Robin Gianna), so I don't know what the core stories are there.

Jenny Crusie, my former teacher at McDaniel's romance writing program and all-time favorite romance author, writes about women who have spent their entire lives fixing things for other people and finally decides to fix her own life.

(Thanks to  Eight Ladies Writing contributor, Jilly Wood, for that analysis.)

My own core story emerged a few years ago after I wrote a post inviting readers to chime in on which book I should work on next.  When I posted the link on Facebook, one friend commented that all my books seemed to be about "asshole guys who have to learn their lesson."

His comment made me laugh, but after I thought about it, I realized he was right. Jilly suggested an alternative view might be "woman with impossibly high expectations of herself learns not to demand so much." And she's got a point. While the guys in my books generally learn unselfishness and responsibility, the women mostly learn to lighten up on themselves.

So, what's your core story?
Posted by Jeanne Estridge at 7:13 AM