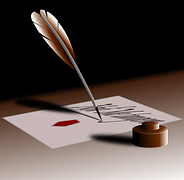 I've been doing a lot of critiques for friends in my various writers' groups lately. Some of them are still fairly early in their writing careers, and it occurred to me that the feedback I give to beginning writers is very different from what I share with seasoned veterans of the Writing War. Here are a few tips:
That last one is especially useful because it lets the writer know what they're telegraphing via subtext or the use of familiar tropes. I've had several wrtiers say, "Totally didn't realize it was coming across that way," or "Wow, that's a little too obvious. I need to rethink this."

Posted by Jeanne Estridge at 9:46 PM