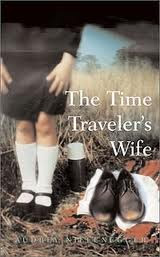 As warned, I'm going to spend a few weeks deconstructing the Twilight saga and trying to understand what made it so compelling.

In all the really great love stories I've ever read, the hero had the following characteristics:
o Rich
o Attractive to women (in the same way that cocaine is attractive to addicts)
o Is prepared to make her the center of his universe forever (It's fiction, people.)

That about sums up our Edward, doesn't it?

Compelling heroines are more of a mixed bag, I think.
o Bella is altruistic (to a fault)
o Scarlett O'Hara is stunningly selfish
o Clare Abshire (The Time Traveler's Wife) is unshakably faithful from the first minute she meets Henry
o Elizabeth Bennett instantly forms a prejudice against Mr. Darcy

Next, the hero and heroine are in some way opposites:

o Edward is a vampire, Bella is a human
o Scarlett wants acceptance/admiration from her society, Rhett could give a rip
o Clare is temporally sequential, Henry is a time traveler
o Elizabeth is lower middle class, Mr. Darcy is wealthy

So, if I wanted to create a compelling love story, I would start with people who are opposites:

The more fundamental their differences, the more compelling the story. While Mr. Wall Street/Ms. Occupy Wall Street make a romantic comedy, Dr. Abortionist and Ms. Right-to-Life are not kidding around.

And if there is something about those fundamental differences that makes them dangerous to each other, the tension ratchets up another notch.

o If Elizabeth falls in love with Mr. Darcy, she has to admit she was wrong about him and that she's not as smart as she thinks she is.
o If Scarlett marries Rhett, she loses the acceptance of her society.
o If desperately-wants-to-be-a-Mom Clare marries Henry, she miscarries all those time-traveling little fetuses.
o If Bella spends too much time with Edward, he may lose it and suck her dry.

Which is why Twilight works so well.

Next week: Love stories and lumpy goods.
Posted by Jeanne Estridge at 7:18 AM