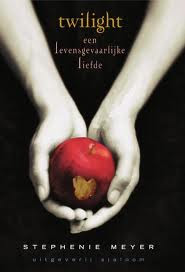 When Twilight, by Stephenie Meyer, became a bestseller back in 2005, I had no real desire to read it. I didn't care for Young Adult fiction even when I was a Young Adult, and a love affair between a human girl and an ageless vampire struck me as a particularly silly concept. Beyond that, I'd heard that Ms. Meyer's prose style was not good. (Which made it particularly humiliating when iwritelike.com classified my own fiction-writing as being most like hers, but that's another post.)

Then, a few months ago, I heard a book reviewer on NPR talking about his--his, mind you--guilty reading pleasures. He was embarrassed to admit it, but he just loved Twilight.

My interest piqued, I picked it up from my local library and zipped through it.

And realized Ms. Meyer's critics were right: her prose style is not strong. I don't believe I ran across a single metaphor in Twilight that wasn't a well-worn cliche. She felt the need to tell us, not only what people said, but how they said it. (I suggested. He agreed. Mike muttered.) Even the grammar wasn't always correct. (The past tense of "kneel" is "knelt," not "kneeled.")

On the other hand, Ms. Meyer is a kick-ass story-teller.

As someone who struggles to create sympathetic characters, I was fascinated by how Ms. Meyer made Bella Swan so appealing. (According to my critique partners, my own characters tend to be too blunt in their communication and too analytical. They suffer, I'm afraid, from Just-Like-My-Creator syndrome.)

As Twilight begins, 17-year-old Bella is moving from warm, sunny Phoenix, AZ to always-raining Forks, WA to live with her dad. Her mother has recently remarried and young Bella wants to give Mom a shot at happiness with her new husband. Our girl is not a particularly good sport about it--she's as sulky as your average teenager--but she does make a voluntary choice for her mother's happiness over her own.

I was interested, too, in Edward Cullen, Meyer's brooding hero. What makes a compelling hero? Chiseled good looks? Intelligence? Cash? All those things, plus a willingness to make the heroine the center of his universe. (Which is what makes the courtship phase of relationships such a drug, but, again, that's another post.)

Then, in my quest to analyze Meyer's characters, I picked up the second book in the series, New Moon.

This is where it got crazy.

Breaking Dawn (which, by the way, reads like Meyer had to turn it in to her publisher, ready-or-not and they published it as-is) is 754 pages.

I read those nearly 2000 pages this week. While working full-time. Finishing at 10 p.m. Thursday. (Okay, I had Monday off for MLK Day, but still.) After reading New Moon I was obsessed. Old Dog fell asleep every night this week with the light on my side of the bed shining in his eyes as I assured him that I'd turn it out "in just another minute."

Even when I wasn't reading, I was in a supernatural fog.

Now that the mist has (mostly) lifted, I'm going to go back and tear these things apart and see what makes them tick. Over the next few weeks we'll look at characterization and plotting, refererencing Bob McKee, Blake Snyder, Syd Field and Christopher Vogler and Joseph W. Campbell as I try to figure out what made the Twilight books so hypnotic.

Because, while I have no desire to write a vampire book, I would give all four bicuspids to write something that mesmerizing.
Posted by Jeanne Estridge at 6:28 AM