A Birthday and a Funeral 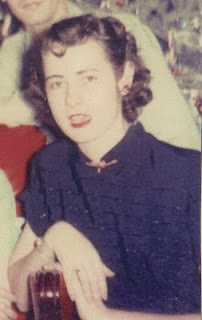 She was my mother's younger sister.

Born just 18 months apart in the early 1920's, in the steep hills of Eastern Kentucky coal mining country, they were best friends as well as sisters. On their front porch they cut out paper dolls from old newspapers and whisked "cherries from the basket" in games of jacks. 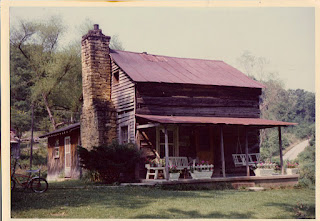 As they grew older, Aunt Dortha learned to play guitar, and she'd play while Mom sang. They'd sit around for hours on that front porch, performing duets of "Blue Heaven," "Corrine, Corrina" and "No Letter Today."

One day, their love of music led them to bring home the hit song of the day, the Andrews Sisters singing, "Queenie, the Cutie of the Burlesque Show."

Grandma Robertson promptly threw it away.

But all too soon their childhoods ended.

In 1943, my grandfather was killed when the brakes on his coal truck went out on Big Hill and Grandma moved her family to Dayton, Ohio, a major manufacturing center for the war effort. There, the girls got jobs to help support their two younger brothers and sister. 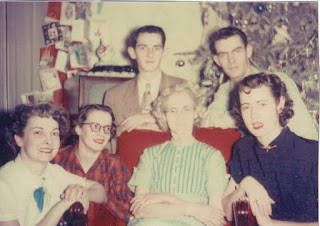 Mom was 21, Aunt Dortha, 19, when they began waiting tables at The Green Mill restaurant on West Third Street. They'd work their shift, flirting with the soldiers home on leave, and then walk home together, arm in arm. It was at the Green Mill that Aunt Dortha met Ed Williams, the man who would be her husband for over 50 years. 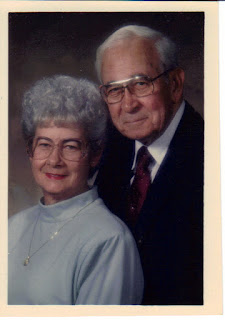 From that long marriage, she culled many life lessons that she passed on to me and my sisters.

With my sister, Lelane, she shared this sage advice, "Never throw hot spaghetti sauce when you're angry. It's really hard to clean off the wall."

And to me, "When your husband wants to go somewhere or do something, you go with him. Because if you won't, some other woman will."

But the words of wisdom we heard most often from Aunt Dortha while we were growing up were these: "You have to suffer to be beautiful." Over the years, these words have sustained us through acne treatments, fad diets, pilates classes and sleeping on brush rollers.

Happy birthday, Mom. You have your duet partner back again.
Posted by Jeanne Estridge at 8:44 AM