Write Me a Winner! 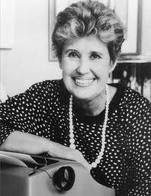 Sponsored by the University of Dayton and the Washington Centerville Public Library, this is an essay contest with humor and human interest divisions. First prize is $100 AND free admission to the 2010 Erma Bombeck Writers' Workshop, held right here in beautiful Dayton, Ohio (which costs other people 375 bucks).

We bloggers write that stuff every day -- for free.

By now you're probably saying to yourself, "My God, why is Jeanne telling all of us potential competitors about the contest? She must be the most altruistic woman on the face of this planet!"

And while that, generally, is true, it also happens that, because Erma grew up here in Dayton, and because the money for the contest comes from a fund her family set up, there are separate divisions for Dayton-area residents and the rest of the world.

So the fact that some of you are funnier that I'll ever dream of being does not impact my chances of winning.

So, if you think you'd like to win $100 and a chance to attend a great humor-writing conference, go check it out.
Posted by Jeanne Estridge at 5:00 AM