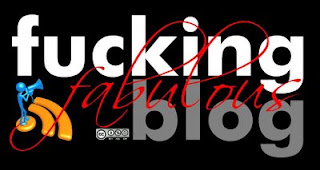 1) One day, years ago, I was wearing a dress at work and I fell backwards into an empty paper box. My arms and legs were sticking up in the air while my butt was stuck in the box. Instead of helping me out, the guys stood around and made comments like, “Where do you buy film for a camera like that?”

2) My parents were children of the Depression and their frugal ways transmitted themselves to me. I once made myself a bowl of Kix only to realize at the first bite that the milk was sour. Instead of throwing it away I dumped it in a colander, then put it back in the bowl and poured on fresh milk.

3) I took my first college class in the summer of 1969, just after my freshman year in high school. After that auspicious beginning, things went a little awry, and I didn’t complete my bachelor’s degree until 1998. I like to tell people I was on the thirty year plan and finished a year early.

4) Only once in my life have I had so much to drink that I was still trashed when I woke up the next morning. I went to work anyway. It was not a good day.

5) I once attended an art show that consisted of nudes of my daughter painted by her lesbian roommate. Said roommate had come out to her parents the weekend before “so they’d have time to adjust” before the show. I did not drink at this event, but when I later wrote about it in a short story that won a local contest, my protagonist did, with disastrous results. The story captured that event so well that, to this day, my daughter tries to steer me away from alcohol.

6) My husband’s favorite memory from our courtship is of a dinner where I poked myself in the lip with my fork and then tried to pretend it didn’t happen.

8) I once interviewed a young man who was so good-looking I got completely rattled, and asked him the same question three times.

9) I apply 15 different things to my face each morning. Sometimes I wonder whether I should head for work or just enter the Witness Protection Program.

10) When I’m in practice, I’m a competent cook, but I have a tendency to crack under pressure. I made brownies for a meet-the-families rehearsal dinner for my second marriage and forgot them in the oven for over an hour. It was heartbreaking to watch the little sugar junkies from my side trying to gnaw off a chocolate fix.

Judging by the difficulty I had coming up with this list, future tags will result in some sorry barrel scrapings. Not saying "don't do it," just warning that the outcome may not be pretty.

As I was writing this, I debated whether to tag anyone else (thus putting them under the same pressure) and decided these people deserve the honor:

1) Hoodchick -- because I've learned more about her in a couple of months of blogging than from ten years of actual acquaintance. Let's see what else there is to know.

2) Chaka -- a recent follower, about whom I'd like to know more.

3) Jan -- because we have this weird, parallel lives thing going on.

4) Dedene -- because she live in France, and I'm totally fascinated by her life.

Your mission, my bloggy friends, if you should choose to accept it, is to grab the little award at the top of this post and use it to create a similar post, telling us some trivia from your lives.

(Note to Chef E: I'm not ignoring the lovely award you gave me, but I can't get it to shrink to fit in my sidebar, and I haven't figured out what post to do with it. You're learning what my "live" friends already know -- friendship with me requires patience, but if you value laughter, I'm worth it.)
Posted by Jeanne Estridge at 7:07 AM