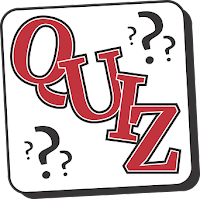 Today we're going to have a quiz.

Let's pretend you're reading a book by a very popular author of contemporary romance.

It features  a young woman who discovers the guy she's been engaged to for many years in bed with another woman. She flees the scene without confronting him, but just down the road, her car breaks down. She calls an old friend who, it turns out, has been in love with her lo these many years.

Despite all the salt water and snot she's producing, they hook up that night. This upsets everyone within shouting distance--her brother, who thinks Lover Boy took advantage of her, her former fiancee, who hasn't gotten the word that they broke up, and his mom, who still thinks Mucus-Girl would make a peachy daughter-in-law.

A week or so later, Mucus-Girl and Loverboy are sitting on the floor of his living room, waiting for the pizza they've ordered to arrive. By now, all three of the antagonist players know about the hookup and/or breakup by now, and they're on the warpath.

Now it's time for our quiz. The doorbell rings. Is it:

Before I give you the answer, let's talk about fiction. In the very first novel-writing class I took at my local community college, I learned that fiction is about conflict.

In fiction, if one character says, "Let's get pizza for dinner," the other character should never say, "Sounds good." You know why? Because that's not conflict. If character A wants pizza, then character B must want KFC. Or different toppings. Something. Anything.

Because otherwise THERE'S NO CONFLICT. If they both want pepperoni pizza, don't waste my time telling me about it. Just order the damn pizza offstage and let me see them eating it while they talk about something they do disagree over.

Okay, back to the quiz.

The correct answer is: anything but D.

It can be her brother at the door, who pops Loverboy one for banging his baby sister when she was upset and vulnerable.

It can be the fiancee, coming to find out why he got dumped and fling counter-accusations.

It can be the once-future mother-in-law, coming to beg Mucus-Girl to forgive and forget and marry her cheating son.

Agree? Disagree? Feel free to speak up in the comments!


Posted by Jeanne Estridge at 8:15 AM