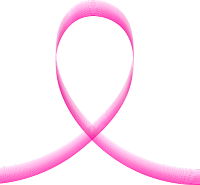 On Tuesday I met with a radiation oncologist to discuss my options for radiation treatment after my lumpectomy next week. There are three:

1) A three week, once-a-day treatment where they shoot targeted radiation at you. Requires the tumor to be small and not too close to the skin,

2) A five-day, twice-a-day treatment where they insert a balloon into the area where the lump used to be. A hassle because you have leads to the balloon sticking out of your skin for a week.

3) A five-to-eight week, once-a-day treatment that appears to be the fall-back if you're not a candidate for the other two.

The doctor went over each of them, discussing success rates (all very good) and side effects (all minimal, though some less than others).

When he finished, he said, "Do you have any other questions?"

"Really?" I was astounded. "Why not?" (Because I know I'm cheap, but I can't be the only cheap person in the Dayton area.)

He shrugged. "Most people just figure their insurance will cover it."

And it gets better. In order to determine the cost, he has to write up orders for all three so the Billing Office can compute the cost. They're supposed to call me before the end of the week and let me know.

Cost isn't the only criterion for my decision, but it's certainly one of them. They do hundreds, maybe even thousands, of these things every year. It's ridiculous that they can't quote a price. There's no magic here. It's damned close to being an assembly line.

No wonder America's health care is the most expensive (though not the most successful) in the world.


Posted by Jeanne Estridge at 8:54 AM