The Only State That Matters 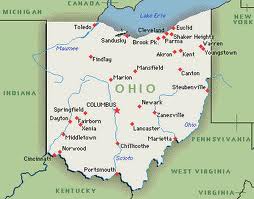 According to the pundits, the only state that matters in the upcoming presidential election is Ohio.

If you wonder what it's like to live in the eye of the electoral storm:

This is how bad it is: The instructor for my writing program is relocating from Cincinnati to New Jersey next week. She says it's to be nearer her family and friends, but I suspect the real reason is more political.

She just can't take it anymore.
Posted by Jeanne Estridge at 1:10 PM