What I Learned at the 2012 Erma Bombeck Conference 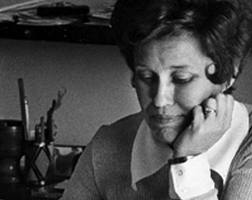 2) Anyone who gets published these days does so one of two ways:
a) Via being a whiz at social media and having legions of followers on Facebook, Twitter, Pinterest and Quora. (You didn't even know Quora exists? Me neither.)
b) Because of some divine accident--like someone got a look at her doodlings and carried it into a their job at the publishing house where everyone agreed her doodlings would make a bestseller.

Because, apparently, no one is getting published the old-fashioned way of writing something great and showing it to an agent who sells it to a publisher. And yet, I see new books at the library and bookstores every time I go in....

3)  Christopher Hitchens, the prominent and recently deceased atheist, is buried in the ceiling tiles of the Ballroom at the Dayton Marriott.
I know. I was surprised, too, because there was a memorial service for him yesterday at the Cooper Union in New York. But every time he was mentioned Saturday night (in the context of his statement that women have no sense of humor), the speaker would point skywards. The problem is, if Hitchens was right, there is no heaven. And if he was wrong, he doesn't get to go there. Which only leaves the ceiling tiles. (Or some theological loophole of which I'm unaware.)


4) That growing a blog is all about relationships. As Debba Haupert, of Girlfriendology.com, explained it, you need to make your blog and your Facebook and your Twitter and your I-Have-Endless-Time-to-Putz-Around-Online.com all talk to each other. (Debba had wonderful suggestions--I'm just grouchy at the idea of wasting all that time doing all that work.)

5) That, paradoxically, to grow this blog I need to pare it down.
Blogs that do well, they tell me, are a little more focused than The Raisin Chronicles. In the words of Anna Lefler: 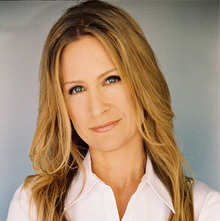 you shouldn't click on a blog one day and it's all about politics, then go back another day to find pictures of the grandchildren. (Guilty.) Other suggestions included staying away from topics that offend people, like religion and politics. (Guilty again.)

Nettie Reynolds suggested writing about things you care about or things you know about. Your readers, she said, should trust you on this topic more than anyone else.

So, sometime soon, you'll probably see the Chronicles get a facelift, maybe even a new web address. (Although I just had these adorable business cards printed, and you KNOW how I feel about wasting stuff.)

In the meantime, I'm going to think about what (fairly narrow) topic I could talk about once a week with some degree of credibility and without boring us all to death. (If there's any topic that you often find yourself thinking, "Wow, I wish I could get Jeanne's opinion on this," let me know.)


Posted by Jeanne Estridge at 5:07 PM