The Birds and the Bees - Part 1 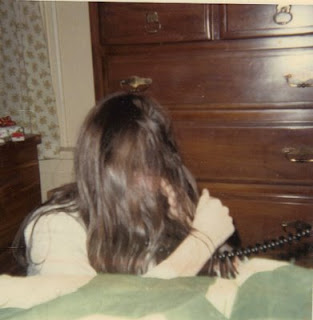 The only thing my parents’ generation hated worse than sex education being taught in the schools was teaching it themselves at home.

My mother, who bore 7 children, was so uncomfortable with the topic that she outsourced it to my older sisters, who handled about as competently as most subcontractors. Any time I had a question they couldn’t answer, they just made something up.

This may be why, as a teenager, I loved to torture my mom by plopping down on her bed when she was trying to read, and announcing, “I have a question about sex.” One night, driven to the edge by my incessant curiosity, she wailed, “I let you read anything you want. Isn’t that enough?”

I actually, honest to God, first learned about the mechanics at Franklin Elementary when the pastor of a nearby church came to our school and played an LP that explained everything. I still recall sitting in a group of seventh and eighth graders (boys on the left side of the aisle, girls on the right) in the auditorium and listening to the measured voice on the record saying, “then the man’s penis, engorged with blood, becomes stiff, allowing him to insert….” And sitting there, face flaming inside a curtain of hair, thinking, “so that’s how it works.”

Long past the point of “ewwww,” I was just glad to finally understand what everyone else seemed already to know.

What worked out less well was my attempt, years later, to transmit that information to my daughter. She swears to this day that my fumbling conversation, complete with hand-drawn diagrams of ovaries and fallopian tubes, was the most traumatic event of her childhood. That may be partly because I hate the word “engorged,” so I substituted “filled up.” She insists she thought the man spurted blood during sex.

(If anyone out there is thinking, “Ah, so that’s why she grew up to be a lesbian,” just stop it. If mismanagement of The Talk caused homosexuality, there wouldn’t be a straight person on this planet.)
Posted by Jeanne Estridge at 5:00 AM