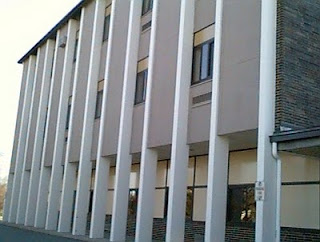 It was a name I hadn't heard, or thought of, in 20 years, but back when my kids (my daughter and my stepson at that time) were in high school, Jason was over at our place a lot.

I have no older brothers or male cousins, so teenage boys, as a species, were new to me. Once I watched Rance, my stepson, and Jason spend a painful afternoon on the phone trying to arrange dates to Homecoming, curling up with humiliation at each rejection, getting through it by ridiculing each other. They were good-looking boys, both of them, and it occurred to me for the first time that, as hard as adolescence was for girls, maybe boys actually had it worse.

When Rance and Jason were about 17, the "Love Doctor," a local obstetrician, was arrested for performing unauthorized plastic surgery on women with the intent of improving their sex lives. The stories were all over the papers, but without any gynecological detail. One afternoon, as I was making dinner, my stepson and his friend brought a newspaper with huge headlines on the subject into the kitchen.

"What is this about?" Rance asked.

"We figured you could explain it," said Jason.

For once, their faces were missing that undercurrent of testosterone-drenched mockery that kept Rance and me at odds for the 4 years we lived together. Instead, there was anxiety, the sense that there was something important here, something they needed to understand if they were to understand women. So, cheeks flaming, I explained as best I could. The boys hung on my every word and afterwards, with more sincerity than I ever received from from either of them before or after, they thanked me.

It was Jason who christened my husband and me "the cheesiest parents in Yellow Springs" for refusing to permit our children to ride with other teenagers until they themselves had completed drivers' training and were competent to judge their friends' driving.

Yesterday, I got a note from my daughter via Facebook that Jason had died. I checked her wall to find a note from Rance that said, "Jason killed himself last week."

Depression is a killer disease, and it breaks my heart to think of that laughing, impish boy succumbing to it.
Posted by Jeanne Estridge at 5:00 AM