A Couple of Books

Last February, at a conference on IT Support, I heard about a book called A Whole New Mind, by Daniel H. Pink. In it, he postulates that, although the American economy has been dominated by left-brained thinkers for the past century, in the future right brain skills will become more valuable. His reasons for thinking so are well-reasoned and seem eminently logical to my left-dominated brain.

He goes on to say that there are 6 basic talents/skills that reside in the right brain that will be useful going forward: Design, Story, Symphony, Empathy, Play and Meaning. At the end of the chapter dealing with each of these, he references resources for improving your skills in each area. The links I've provided over the past couple of days came from the chapter on Empathy.

At the same conference, I picked up Emotions Revealed, by Paul Ekman, a great book on facial expressions. There are individual chapters on Sadness/Agony, Anger, Surprise/Fear, Disgust/Contempt and Enjoyable Emotions. He has photographs of people experiencing these emotions (including a phenomenal shot of a couple of guys' faces as a girl falls past their balcony, 17 stories above the ground). He also took pictures of his 14-year-old daughter conveying each emotion and then literally cut and pasted the photos to show what partial experiences of these emotions might look like.

If you're a writer, and you want to know how to convey non-verbal signals for various emotions, I heartily recommend these books.

And now, another test: 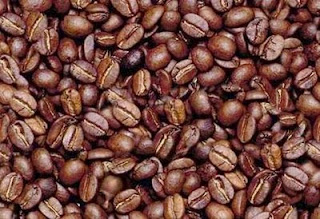 If you find him in 3 seconds, it suggests that you're right-brain dominant.

I never did find him.

(And for the left-brained among us, I'll post info on how to locate him in the comments.)

Posted by Jeanne Estridge at 9:01 AM